The deadlift is the simplest test of strength that exists. You throw some chalk

on your hands and you see how much weight you can pick up off of the floor. Like the movement itself, the rules for the deadlift in Powerlifting are relatively simple compared to the rules for the squat and the bench. Let’s break it down. 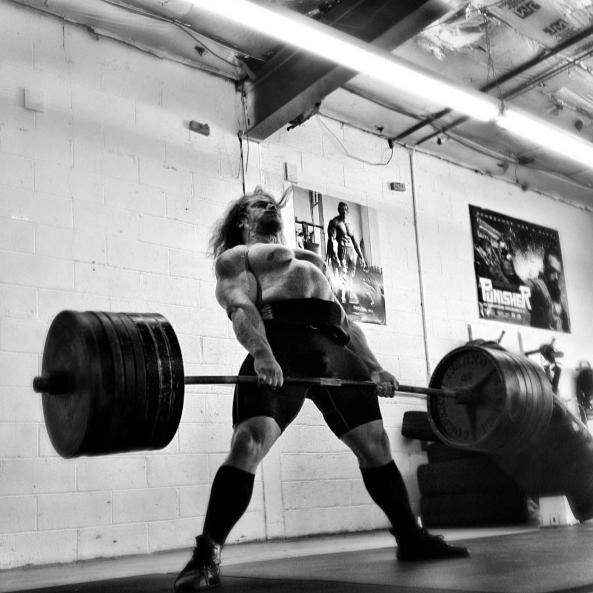 Deadlifting at a Meet

As in the preceding two lifts, as soon as the announcer calls, “the bar is loaded!” you have one minute to walk out onto the platform and get set. In the deadlift, there is no start command. So long as you start within a minute, you may begin the movement whenever you please. 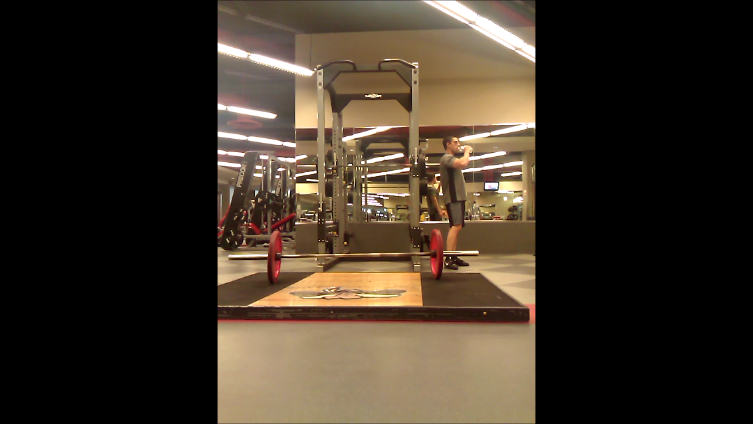 The Bar is Loaded! Deadlift Style

“All” you have to do is stand up with the weight. If it only it were so simple… In any case, as soon as you stand up, set your shoulders back and ensure your knees are locked out. Once you’ve done this, make eye contact with the head referee. They will give you the the only command that there is for the deadlift, “Down”! 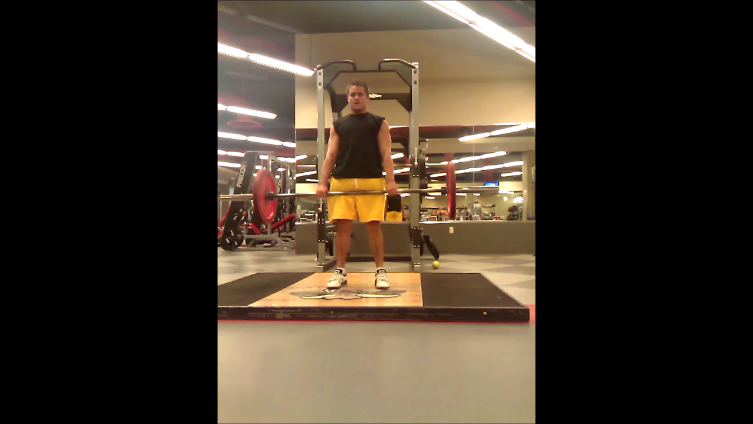 After lockout, WAIT FOR THE DOWN COMMAND! 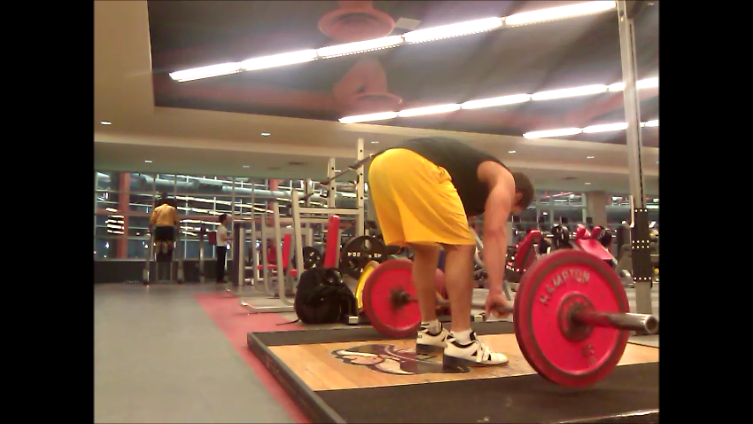 Return the bar to the floor with both hands

The lack of rules regarding the Deadlift starting position are more important than the rules that do exist. We’ll start with grip. First, both hands have to be on the bar. Other than that, you can place your grip where ever you want so long as it is inside the collars.

Secondly, you can take whatever stance suits you the most so long as your feet stay inside the plates. There are no rules regarding how close or how far apart your feet have to be. If you want, you can put your toes to the plates. If you want, your heels can touch. Most people either take a very wide sumo stance or a conventional stance which typically features the heels about a foot apart.

Ready for the list of ways you can fail a deadlift?

1) Failing to follow the commands
As in all powerlifts, if you fail to follow the commands, your lift won’t count. It is particularly common to forget to wait for the “Down!” command in the deadlift. After you’ve just pulled a huge deadlift PR, you’re going to be jacked up. In that moment, collect yourself. Hold the bar at lockout until you hear the command and see the judge drop their hand.

Drake Donovan demostrates how to follow the down command

2) Shoulders aren’t all the way back
You don’t have to hyper extend your upperback and you don’t have to exaggerate shoving your chest up. You DO have to have the shoulders back in an anatomically normal position. Like I said, no exaggeration necessary. Just stand up nice and tall and you’ll be fine.

3) Failing to lock the knees out
Your knees must be completely locked out. This is a silly way to lose a deadlift so remember to straighten those knees at the top. It is easy to do. You just have to remember to do it. 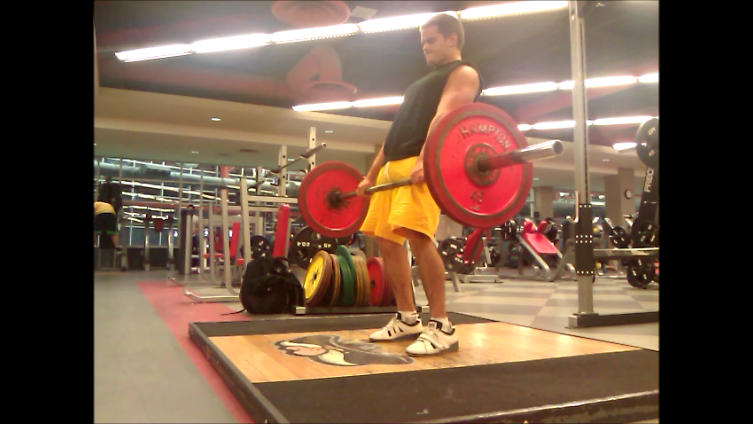 This lift would not count.

4) Moving your feet before the down command
If at any point during the lift, you move your feet forwards, backwards, or side to side, the lift won’t count. Ensure your footing by wearing proper powerlifting shoes. 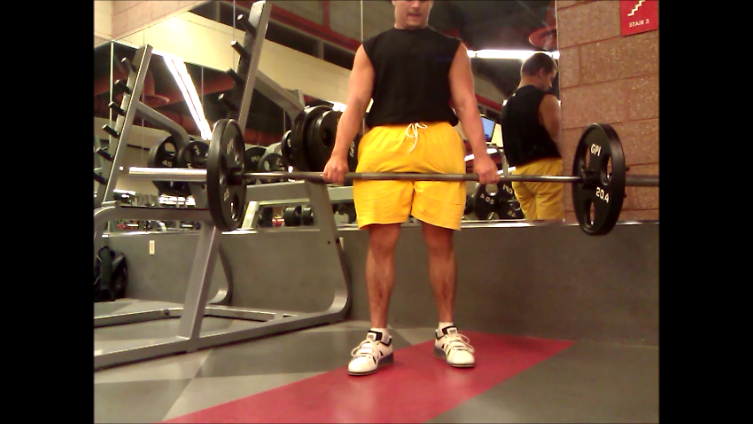 If you lose your footing, you won’t receive credit for the lift.

5) Dropping the bar
If you drop the bar to the floor after being given the down signal, you will fail the lift. 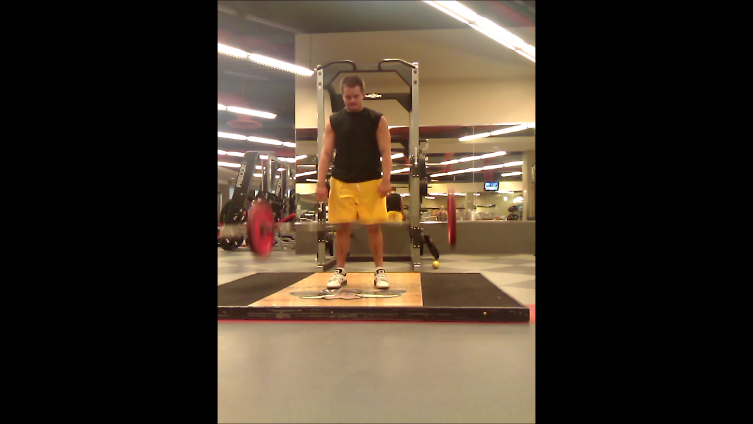 6) Hitching and Ramping
Hitching and ramping are really the only somewhat complicated rules involved in the deadlift. Ramping the deadlift means that you support the bar with your thighs on the way to lockout. In most federations, this is not illegal so long as you do not do it in such a way that it aids the lift. If your knees come forward just a little after the bar passes them, you’re probably okay. If your knees shoot way forward, and rebend a great deal, you’ll probably be called for ramping. 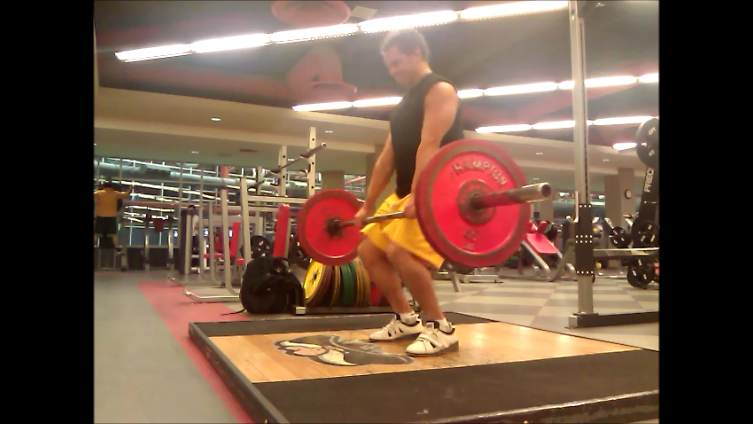 Ramping happens when the bar is supported by the thighs on the way up.

Hitching is never okay. Hitching is essentially ramping multiple times on the way to lockout. When the bar gets stuck, the lifter rebends their knees, and then re-straightens them in order to nudge the bar up along the thigh. They keep repeating this process over and over until the bar is locked out.

In strongman competitions, you’re allowed to hitch. Here is a strongman demonstrating an incredible 903lbs hitched deadlift (skip to 1:10):

Powerlifting rules are much better seen than read about. If you’d like a quick review of all the rules above, a video explanation of hitching, and an example of a deadlift from a real powerlifting meet, please watch this video:

It is important to note that if you struggle with your grip, you cannot use wrist straps

in a powerlifting meet. However, you can use as much chalk

as you want. I’d highly recommend that everyone carries at least one block of chalk around with them just in case you go to a gym where it isn’t widely available.