So… you want to learn about the dark side, do you? While there may not be a right way and a wrong way to go about it, some methods are certainly more productive than others.

If you just want recommendations for learning without having to read a full article, grab a copy of William Llewelyn’s Anabolics

Generally speaking, there are two popular ways that most people try to learn about steroids: internet forums and “ask the big guy” at your local gym. Let’s start with internet forums.

Now, the best aspect of internet forums when it comes to steroids, anonymity, is also the worst aspect. Instead of learning from someone who has to put their name behind their recommendations, you are learning from BigRon6969 and JuiceDragon42. The only credibility these fellas have is their post count and forum “karma”. In other words, they have no credibility at all.

Of course, even on the internet, you do occasionally run into posters who will provide generally quality information. 90% of the time they’ll be speaking from first-hand experience, which, given the overall lack of studies on performance-enhancing drugs, is sometimes better than the alternative which is nothing. The other 10% of the time that you get good information, you’ll even find someone who is willing to cite the sparse literature on the subject.

Secondly, the internet has so much damn information in it, that, if you look hard enough, you’ll find someone who believes anything. What this leads to is people who just want to hear that it is okay to do what they’ve already made up their mind to do. In other words, many people don’t want actual advice; they just want affirmation. And, on the internet, you’ll find at least one person who is willing to give you that affirmation. This makes you more likely to do stupid things with your body.

That said, the absolute biggest problem with internet steroid forums is that the vast majority of the time you are dealing with people who either have no idea what they are talking about, but just like to talk about drugs as a hobby or, worse yet, you’re talking to a drug dealer who will tell you anything you want to hear to get you to buy these drugs. You see, often times, posters on these steroid forums are “sponsored” by the forums. They’re nothing more than shills to sell certain drugs.

One infamous character that comes to mind is GH15.

This is just an example of the type of thing that goes on steroid forums.

GH15 was known for just promoting the hell out of growth hormone. He would go on and on about human growth hormone could make you practically indestructible. He would say you would only need 4-6 hours of sleep, you’d never sick again, and your skin would look like that of a twenty year old’s. Not only that, he promised that you could eat pizzas and ice cream every day while getting shredded! Now, this is all a load of bullshit of course. HGH does help with some of these things, but the bottom line is that he was affiliated with some of these HGH producers. He would personally “endorse” certain suppliers out of the goodness of his heart so that he could spread the truth about bodybuilding (lol). Of course, the reality is that he was probably selling the drugs himself and/or getting paid to sponsor certain companies. This is the scam that is played out over and over on internet steroid forums everywhere.

Be wary of internet forums!

”Ask the Big Guy” What He Takes

The most popular strategy to learn about steroids used to be, and maybe it still is, to just go up to the biggest guy in the gym and ask him what he takes. This strategy is problematic for a whole host of reasons as well. 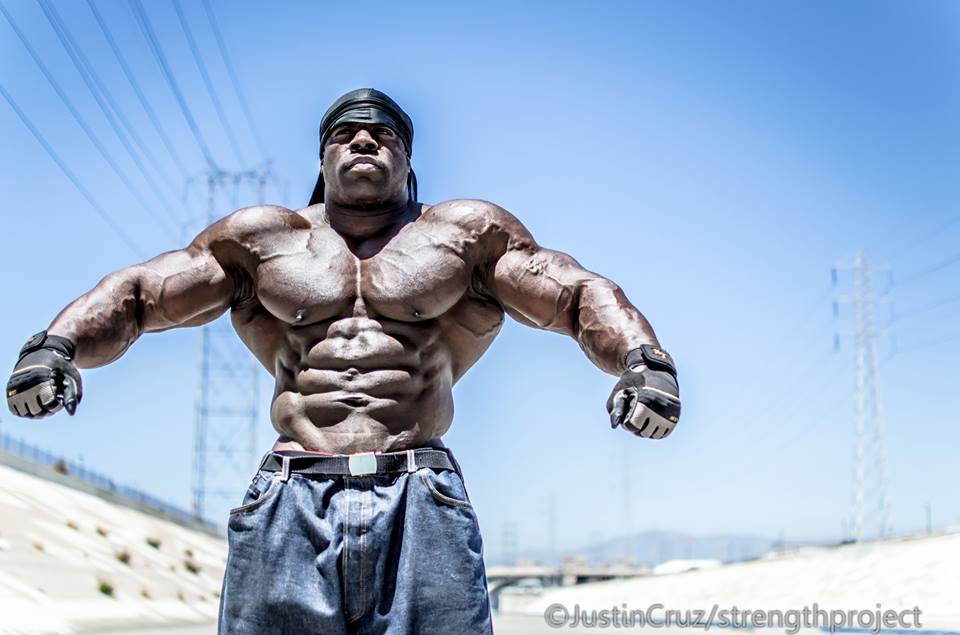 Asking this guy about steroids seems like a safe bet, right? Photo: fadedindustry.com

Now, assuming he doesn’t just blow you off or get offended by you asking, you run a HUGE risk of getting “bro” science. Think about it. Where does “bro science” come from? Who told us we needed to eat six meals a day to stoke the metabolic fire? Who told us that all isolation movements was the way to go? Well, the answer is that someone asked the big guy at the gym and he just told them his personal experience. From there, it spreads like wildfire. And the same thing happens with cycle information.

Speaking from personal experience, I have had the opportunity to be fortunate enough to discuss steroid cycles with NPC competitors, an IFBB pro, and elite powerlifters and, more often than not, they gave me bro science drug advice. It isn’t as if they were trying to mislead me; they were just sharing their first-hand experience of what worked for them.

However, I took it upon myself to actually read the literature on the subject and it became clear these guys really just didn’t have any scientific background at all. They didn’t know what they didn’t know. They didn’t even know they were “bro sciencing” me.

The Best Way to Learn About Steroids

Look, the only way that can legitimately mitigate your risks when involving yourself in the steroid game is by checking the facts yourself. Yes, that means you must actually get onto PubMed and read some literature. You have to cover your bases. This is your body we are talking about here.

Listen carefully: you could fuck yourself up for life. Let me say that one more time so it sinks in: YOU COULD FUCK YOURSELF UP FOR LIFE. Isn’t it worth it to make sure you do enough research to get this stuff right? Do not leave your health in the hands of JuiceDragon42 or “the big guy” at the gym! You WILL get bro science more often than not.

Now, I realize it is a bit of a daunting task to tell someone with no scientific background, “Go read PubMed. Like, all of it bro”! I am not a fool. I know you won’t do that. I do have one recommendation on this topic to get you started. Just to get you started.

The book contains over 1,000 scientific references to back up the assertions it makes. Not only are there specific cycle recommendations, but each performance enhancing drug is profiled. Relevant literature, common dosing protocols, compound history, and chemical structure are discussed in each and every instance. This is the only resource that I’ve found where I can look up a specific compound, get a “starter kit” of information about all aspects of it, and also find additional resources to consult in the literature itself so that I can form my own opinions.

Final Thoughts on Learning About Steroids

While you can occasionally get some nuggets of wisdom by searching through internet forums and asking the big guy at the gym, I’d beg you not to be so cavalier with your health. Don’t take the risk of getting “bro-scienced”. Consult the literature and check the references yourself. If you need a place to start, get William Llewelyn’s Anabolics

Don’t make a hasty decision. Don’t be uninformed. DO YOUR HOMEWORK!